My son is absolutely fond of frog legs. So I’ve decided to make some 宫保田鸡 for him. This is a modified version of the original Sichuan dish. I’ve used less dried chilli, less peppercorn, less oil and more gravy. 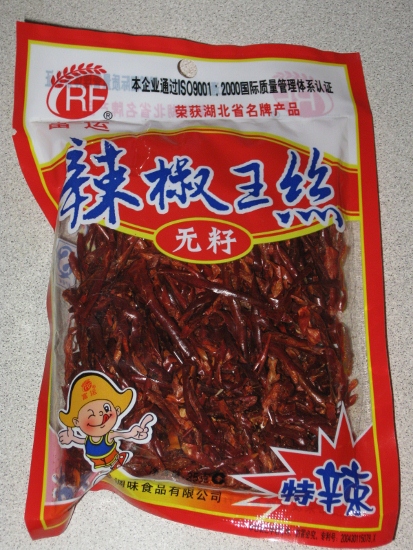 Here’s the dried chilli. I’ve used quite sparingly for the sake of my son. 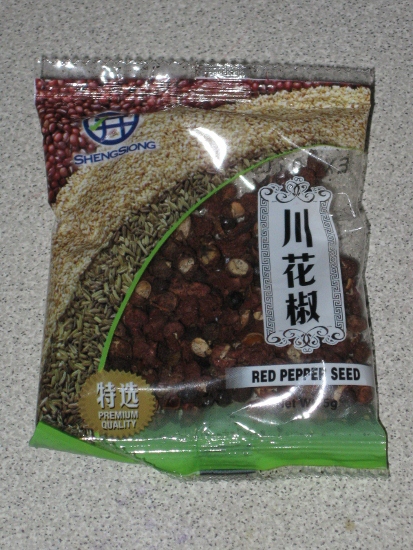 This is Sichuan peppercorn – another essential ingredient in 宫保田鸡. It gives off a very nice aroma when fried. Again, I’ve used it very sparingly as I don’t want my son’s hair to be smoked. 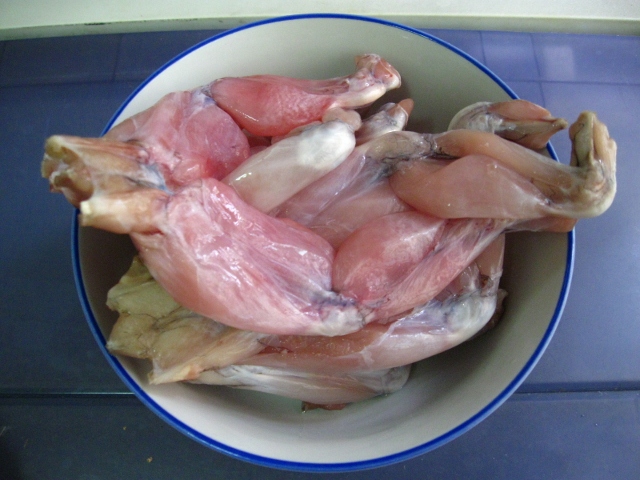 And here’s the main ingredient, frog legs. You can buy them frozen from most supermarkets. I’ve marinated mine with soya sauce, wine and cornstarch. 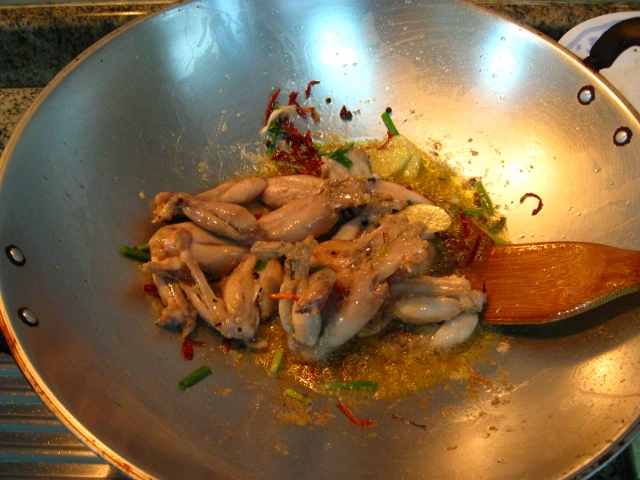 You’re supposed to deep fry the frog legs separate from the chilli, peppercorn, ginger etc. I’ve decided to fry them together to save some oil. The original dish can be very greasy. Notice that because I used very little dried chilli, the oil doesn’t look red. 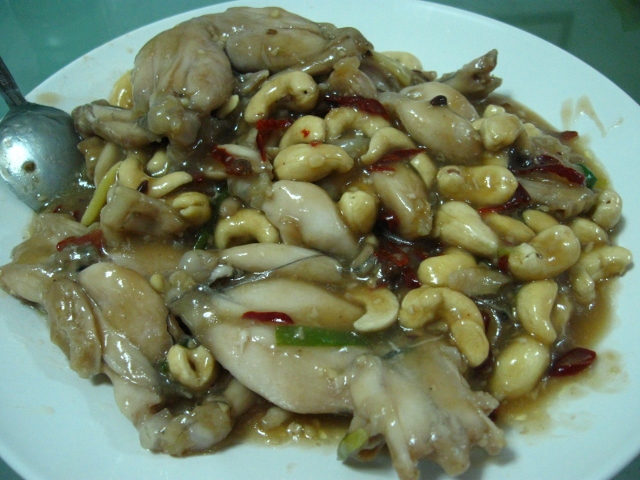 Finally, I added some cashew nuts and made a gravy. The gravy contains cornstarch, sugar, soya sauce, black vinegar. Notice that I’ve made quite a lot of gravy here to make up for the lack of oil. I’ll make it more “authentic” the next time.