I’ll be off to Greece in a month’s time and although history, culture and topography will be high on my itinerary, I will definitely not miss out on the food. As usual, I get that “why of all places” poser and once again, I shall take up the challenge and write a minibook about my trip which would be worth reading.

Greece is one of the oldest cultures in the world. Some say that it’s the cradle of Western civilisation. The word “Acropolis” means “high city” and an medical condition called acrophobia refers to a fear of heights. There are numerous other words in European languages which are of Graeco-Roman origin. The legacy of the ancient Greece has travelled far and wide. However, Greek food is quite obviously not as ubiquitous as French, Italian, Thai and Japanese food. The recent craze over Mediterranean diet has practically fizzled out.

Olives, olives everywhere. In ancient Greece, cutting down an olive tree will earn you a death sentence. Today, more than 100 million olive trees grow in Greece, producing more than 100 varieties of olives, weighing in at some 120,000 tonnes annually. Some of the olives are cured and sold as a condiment but the most important use for olives is to produce olive oil. The olives are first ground into a paste which is then pressed to extract oil. About 70% of Greek olive oil is “extra virgin” or first pressed. Greek olive oil frequently win awards at international competitions.

For this reason, Greece is sometimes referred to the land of liquid gold and olive oil is often the top ingredient in any Greek dish. Much of Greek or Mediterranean food also includes lemon juice. The two are often mixed with raw vegetables, herbs and more olives to make salads.

As Greek is a mountainous country where there is little land for the rearing of cattle, meat dishes often feature mutton and even the cheese originates from goat milk. Beans and peas also appear very often on the menu. Onions, bell pepper, tomatoes, eggplant are also major components in most Greek meals. Condiments include dill, fennel, oregano and spices like cinnamon and cloves. Of course, with so many islands and an long stretch of coastline on the mainland, seafood is also quite common. Fish, shrimp, mussels and octopus are cooked in a number of ways including grilling, stewing and frying. 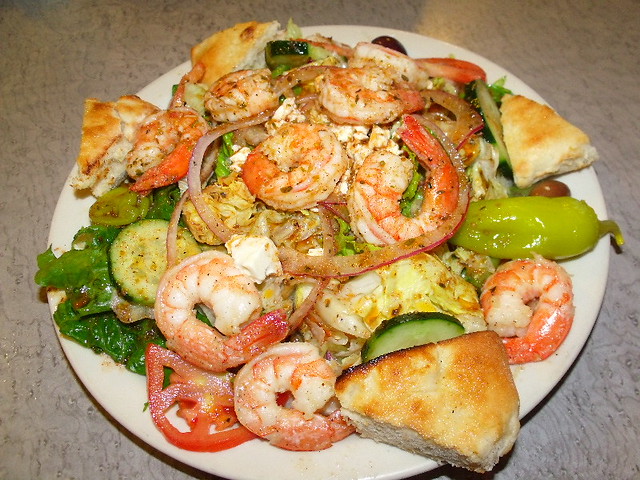 For what most of us regard as snacks and pastries, the Greeks may have it as a main meal (along with coffee and/or wine). Baklava is one dish that many visitors highly recommend. It’s like a multi-layered biscuit and apart from the shape, bears some resemblance to the traditional Chinese biscuit like Taiwanese Tai Yang Bing, except that baklava is very syrupy and you’ll need a spoon. The sweetness doesn’t end there.

Spoon sweets contain fruits preserved in thick syrup. It is usually eaten as a dessert with diners scooping the fruits directly out of the bottle. Cherry, plum, loquat, fig are all fair game. Sometimes, people would make a water-diluted drink with the syrup. Thick, aromatic syrups, some made from natural ingredients like crushed rose petals are also infused into cakes and cookies. Definitely not the kind of stuff for sugar-hating health fanatics. 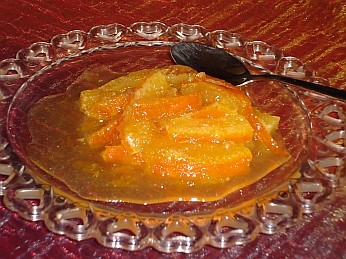 The BBC recommends Top 10 Greek Dishes over here. You may want to check it out.

With all that oil and sugar, one would be tempted to assume that Greeks must be very unhealthy people. On the island of Ikaria, one third of its population is over 90 years old. Many live to 100. The Ikarians also have 20% lower risk of cancer, -50% risk of heart disease and 90% lower rate of diabetes compared to the rest of the world. It is easy to conclude that it’s all in the diet. The answer may have more to do with lifestyle. Life is Greece is often unhurried and stress-free. Greeks are friendly, hospitable, communal people. They almost never eat alone and their lunches and dinner may take two hours. They have a positive attitude towards life, walk frequently and take afternoon naps.

Diets are difficult to stick to and the Mediterranean diet is no exception. But for the majority of ambitious city folks like Singaporeans who go all out to succeed in life by buying luxury apartments and posh cars, adopting the Greek lifestyle may be even more difficult if not impossible. Yes, the country is in the midst of an economic crisis, but I believe the people are still friendly, generous and hospitable. Wait for my firsthand report.