We’re all familiar with shark’s fin soup. I’m not particularly disgusted by the dish, but shark’s fin is not always easy to buy. It’s definitely not cheap. The following series of pictures show you how to make crab soup without the shark’s fin. 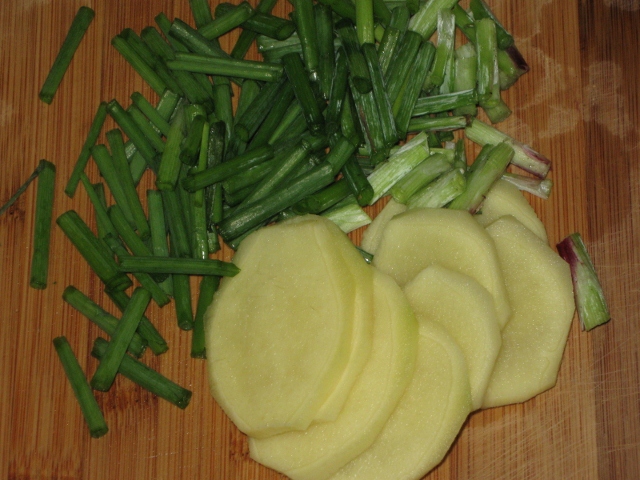 First, you need to slice up some ginger and spring onion. Fry them until they are a little burnt. 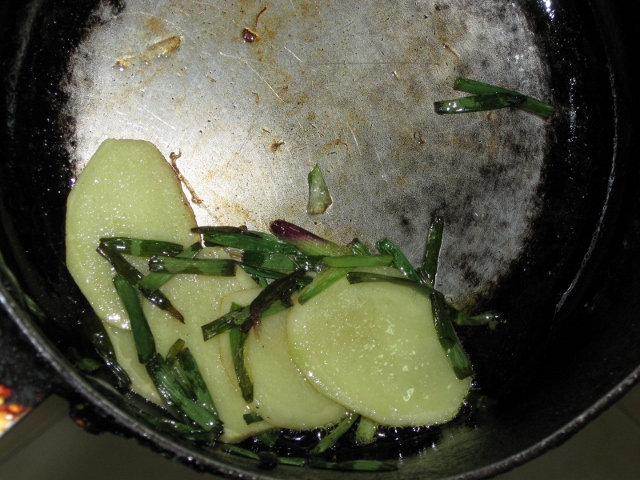 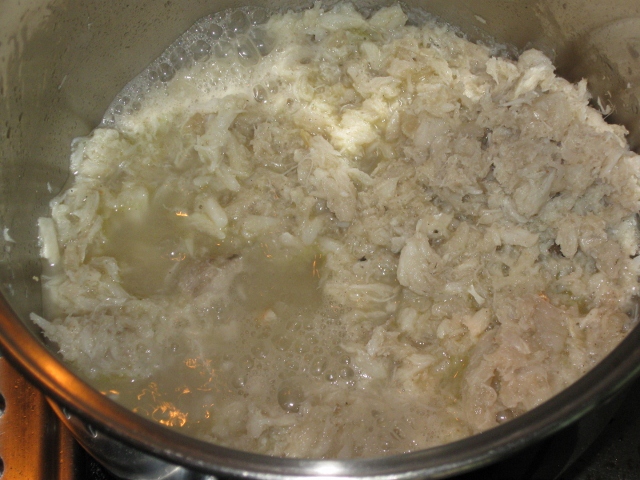 Fry the crab meat with pepper, soy sauce and hua diao wine. Be generous with the pepper and soy sauce. 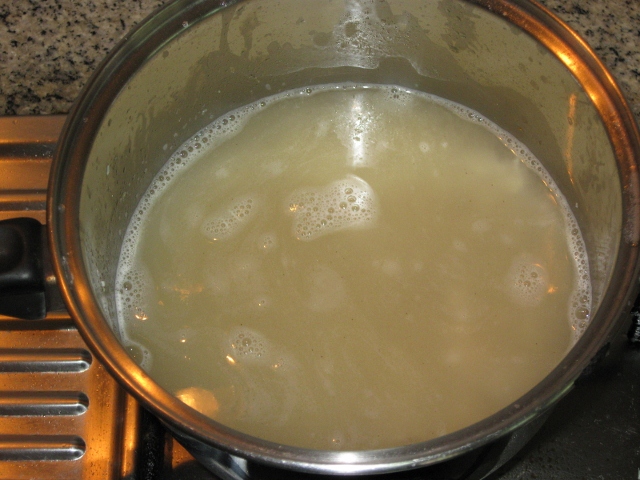 Add in some chicken broth. Bring the mixture to a boil. Then, stir in some starch, preferably water chestnut starch. 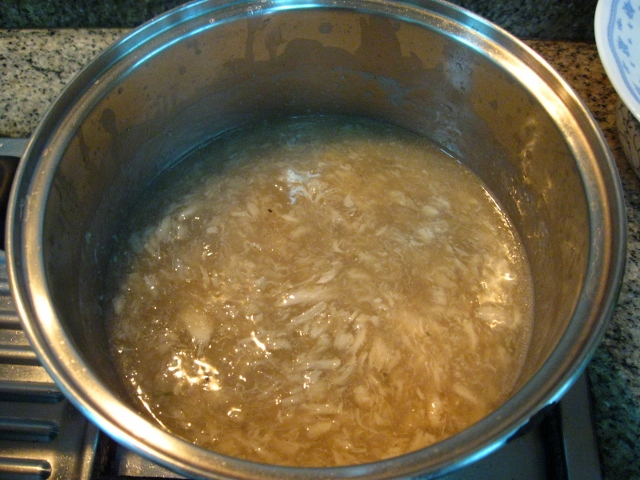 This is normally when you would add in your shark’s fin, but we won’t be using that here. 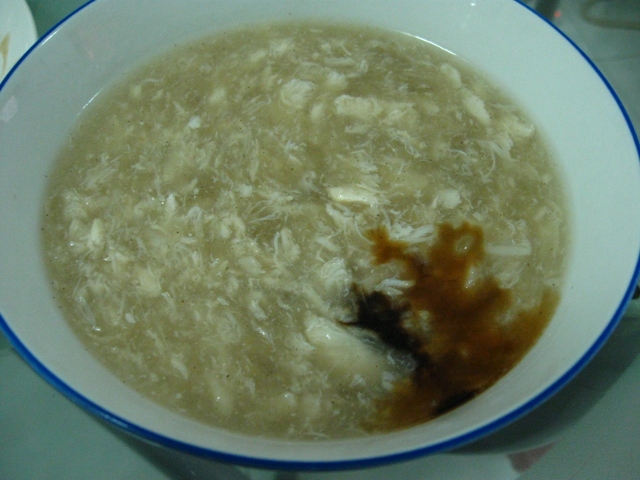 Add a few drops of black vinegar and pretend that you’re having shark’s fin soup.