Vodka, a clear spirit, was first documented in the 14th century, when it was initially called zhizennia voda, meaning the “water of life.” This was eventually shrunk to vodka, which translates as either “water,” “small water,” or “dear little water” or “little stream” depending on the translation.

I like “dear little water”. It looks like water, but it certainly isn’t. Vodka pack a real punch that can quickly knock you out. But like most people, I’ve always had the impression that vodka is just pure ethanol.

Like many spirits, vodka was originally a local spirit made from whatever surplus grain or starch-based material was available. Legend has it that vodka was originally made with potatoes, but it is now produced almost entirely from the cheapest grain available. The top brands use only grain (usually barley and wheat or rye). Some Polish vodkas make a point of the fact that they are made from potatoes.

How can something be made from potatoes be tasteless? And how can something so tasteless be used in cooking? One sleepless night, I finally decided to taste some vodka without the accompanying juices and mixes. Well, it certainly didn’t taste like pure ethanol. In fact, there is a string hint of sweetness. No aroma or French fries, but there was a distinct aroma that can perhaps be attributed to the night. Great with finger food. 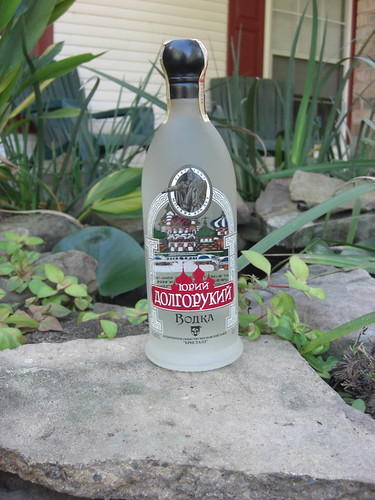