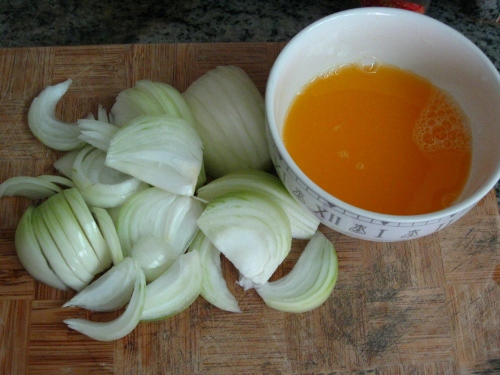 Another very simple yet delicious dish. The flavours are derived from salt, black pepper, onions and orange juice. Yes, just half a bowl of freshly squeeze orange juice. 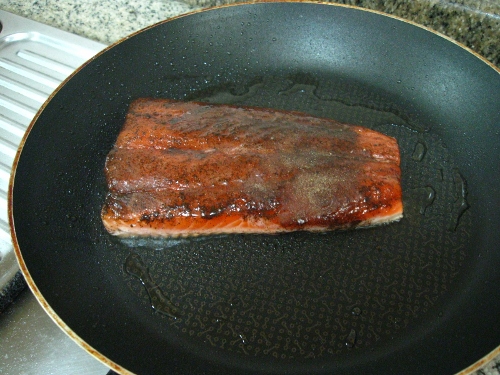 This piece of salmon has been seasoned with salt and black pepper. Fry it on both sides until you get a nice, crispy crust. Next, dump in the sliced onions and toss them around. Once the onions have turned translucent, pour in the orange juice and simmer for 5 minutes. 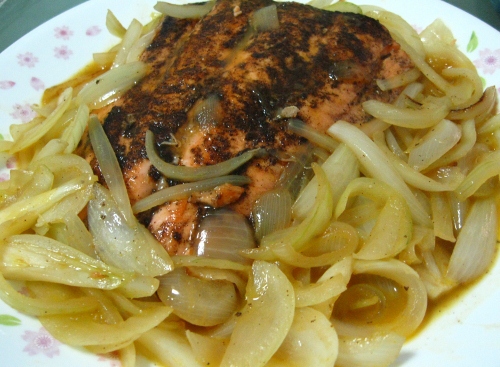 And we’re done. Both the salmon and onions tasted wondeful. The kids loved it.

麻婆豆腐 ma po tofu is a well known Sichuan dish. Like a lot of Sichuan dishes, this dish can be quite challenging, but these days, 麻婆豆腐 ma po tofu sauce is so easily available these days, there’s little excuse not to do this dish as it is so convenient and simple. The taste may not be authentic at all, but that’s not necessarily a bad thing. I often find the original 麻婆豆腐 in China too oily.

This is something I made for the kids on a Sunday afternoon. This is the non-spicy variety. I’ll try the spicy sauce on another day. 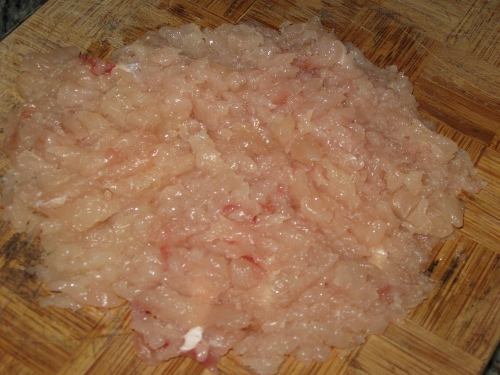 About 5 strips of chicken fillet reduced to minced meat with about a hundred chops from my big cleaver. As you may know by now, I don’t eat pork. 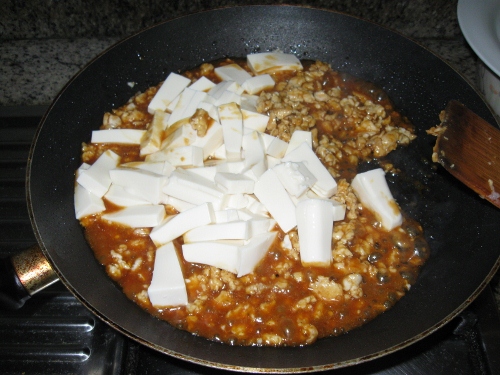 The rest is really simple or even idiot-proof. Fry the meat in oil until it is well-cooked. Then in goes the sauce. Simmer a while. Add the cubed tofu, simmer a little while and we’re ready. I would have added some hua diao wine if it’s just for me. 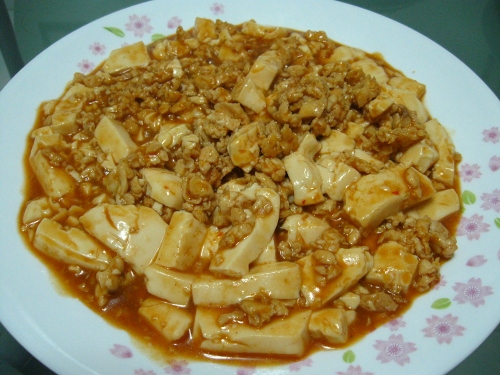 Nice and flavourful. As usual, the kids loved it. 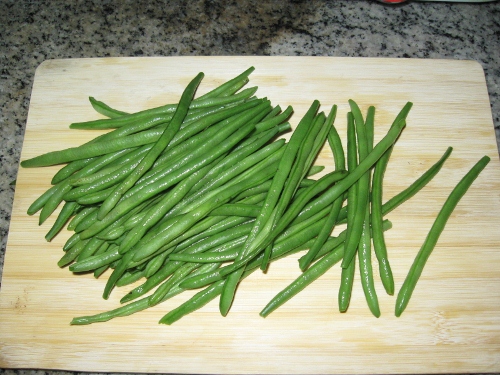 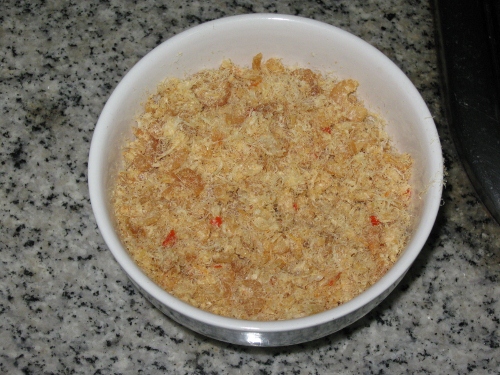 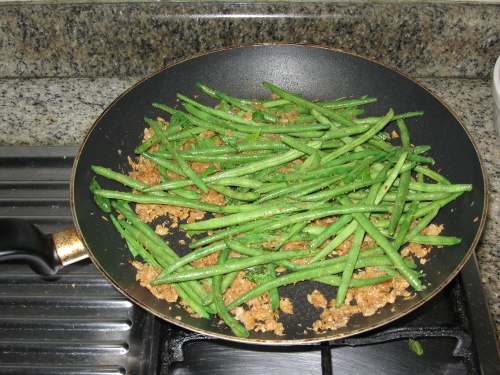 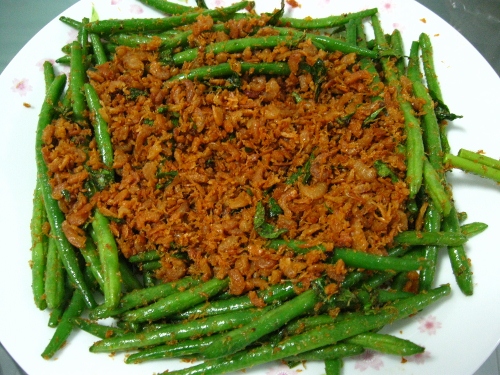