This dish is served in practically all classy Thai restaurants in Singapore, but do you know that goong ob woon sen (shrimp baked in tung hoon) is actually considered street food in Thailand? What’s more, it ridiculously easy to cook. So if you’re ready, here goes. 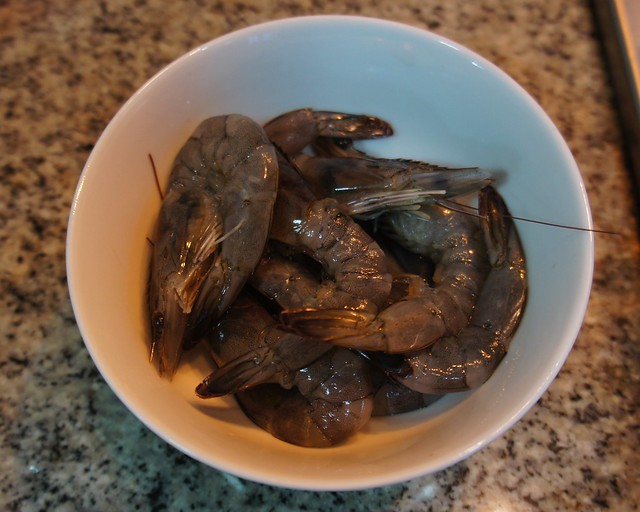 The star of the dish – shrimp. Most cooks don’t shell them, but I prefer them partially peeled, head intact. 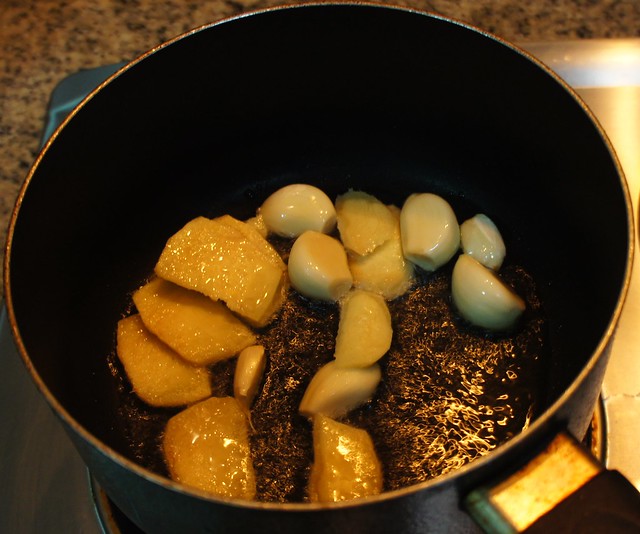 Start the pot and fry some garlic and ginger slices. Most Thai cooks don’t mince the ginger. I guess that makes sense. Those who wish to eat the garlic have a choice of picking it up and those who don’t won’t accidentally ingest. 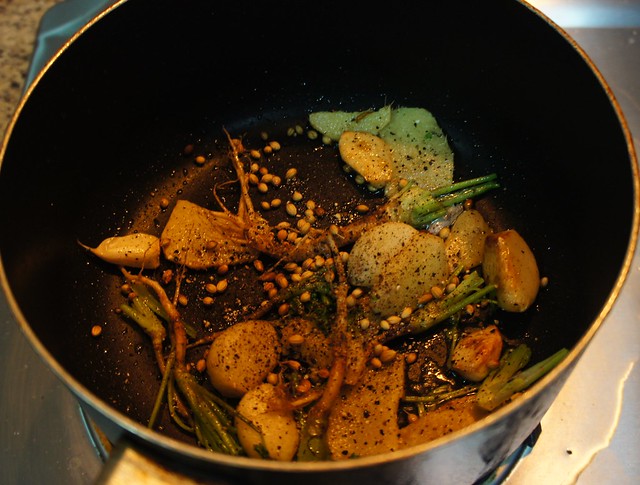 More flavours in the form of black pepper, coriander seeds and cilantro roots. Fry them up really well. 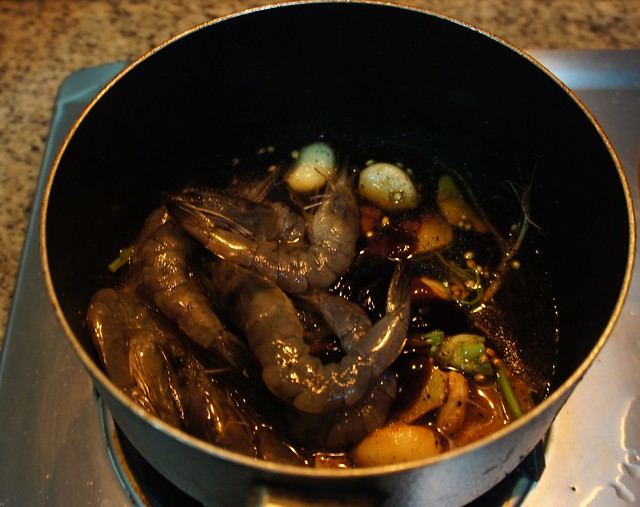 The bulk of the liquid actually comes from Chinese wine. Add oyster sauce and light soya sauce as well. Then, throw in the shrimp and bring to a boil. 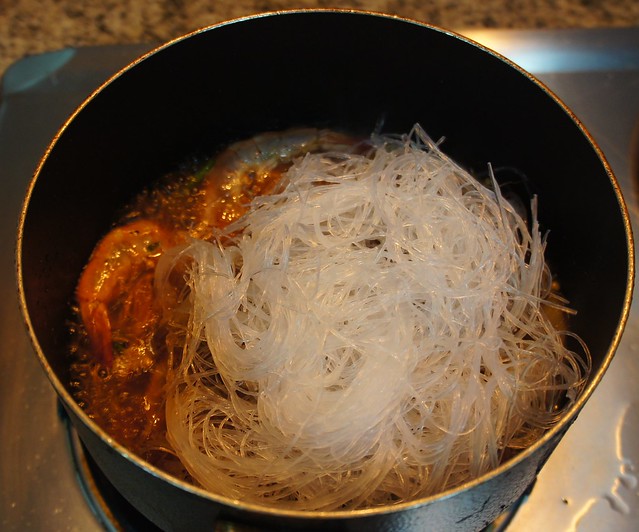 Once the liquid is boiling, add in the soaked tung hoon or woon sen as it is called in Thailand. 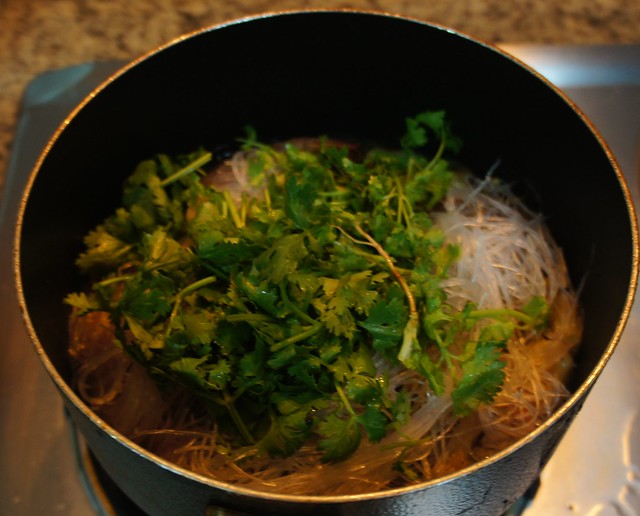 Also throw in the chopped cilantro leaves. Give the mixture a good stir. 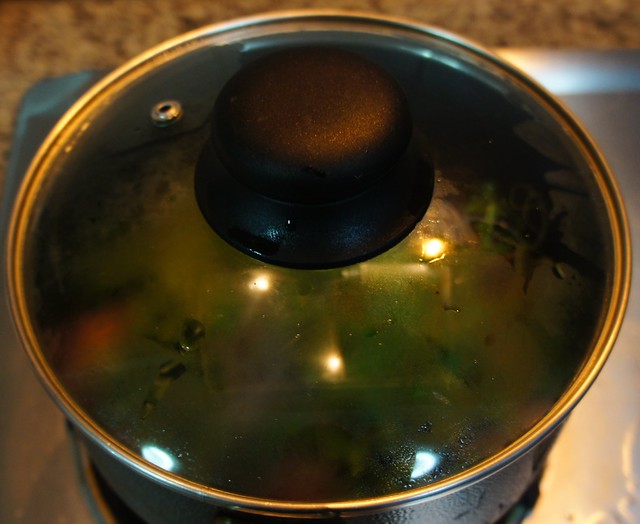 Put on the lid, “bake” for 5 minutes and we’re ready to serve! 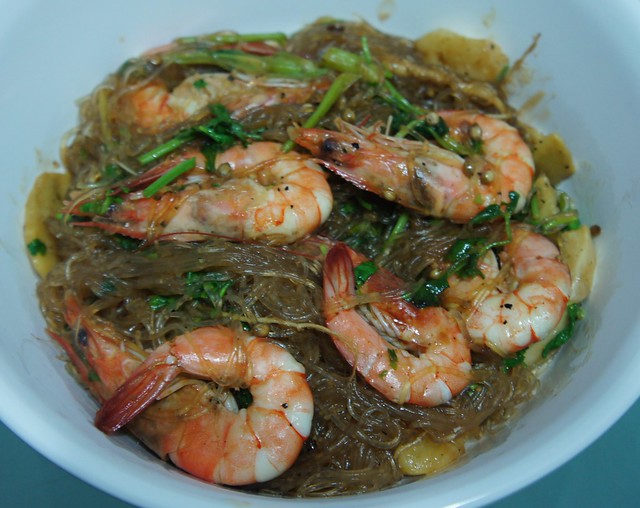 This humble dish is packed with flavours so strong that they can knock you out. Could be the wine though.

Chan Joon Yee is the author of Spellbound in Chiangmai, a collection of short stories based on sheltered and simple Singaporeans’ misadventures in the Land of Smiles.