Ladies and gentlemen. My first and most ambitious attempt at spaghetti ala cartoccio. Actually, the dish is not as complicated as I thought. Let’s go through some of the ingredients. 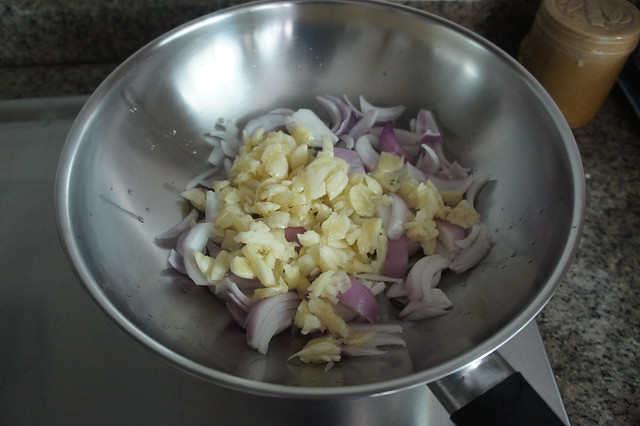 First, heat up a pot of water, add some salt and boil one packet of spaghetti until it’s a little bit harder than al dente. Drain the water and set it aside. Next, fry some garlic and onion in olive oil until they’re cooked and giving out a stinging aroma. 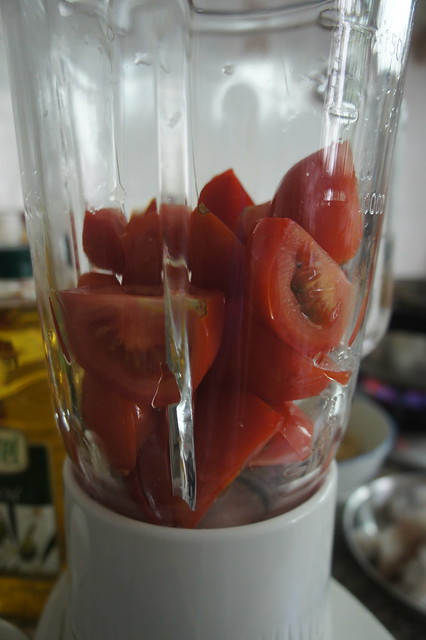 Next, we put the tomatoes in a blender and turn them into pulp. 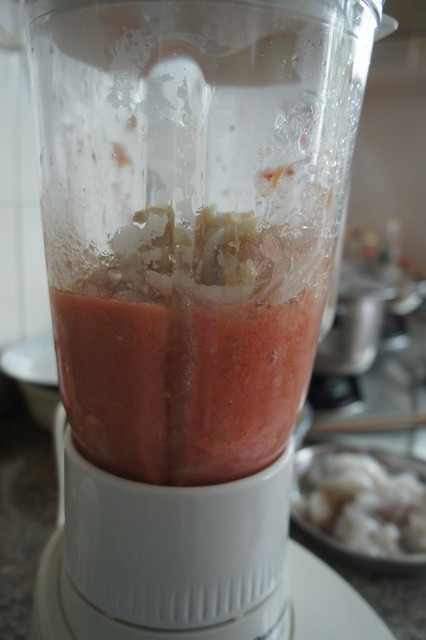 Add in the fried onions, garlic and blend that with the tomato pulp. 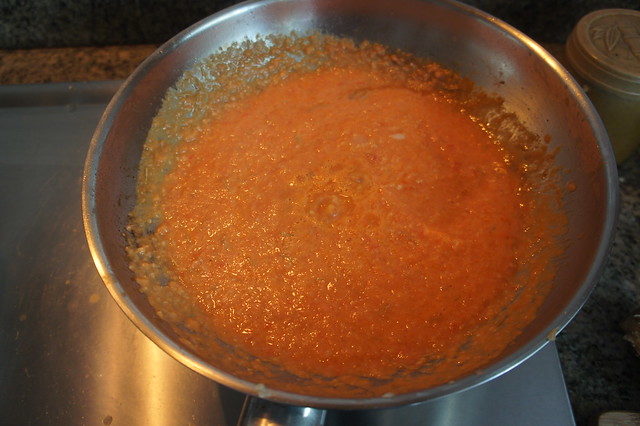 Pour the mixture into a skillet, add a couple of teaspoons full of salt, heat up and mix well. I’ve added a dash of rosemary for good measure. Once the mixture is bubbling, you can turn off the heat and set it aside. 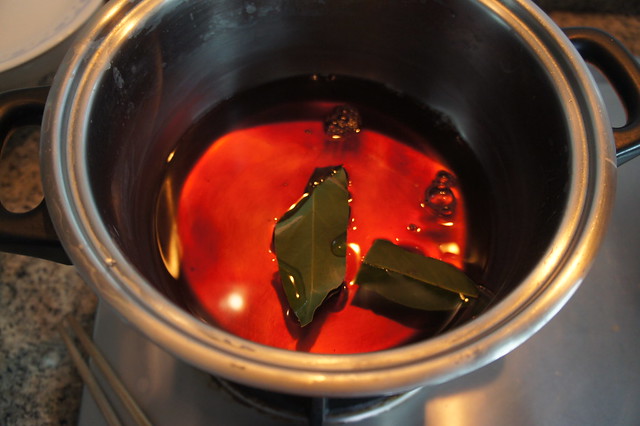 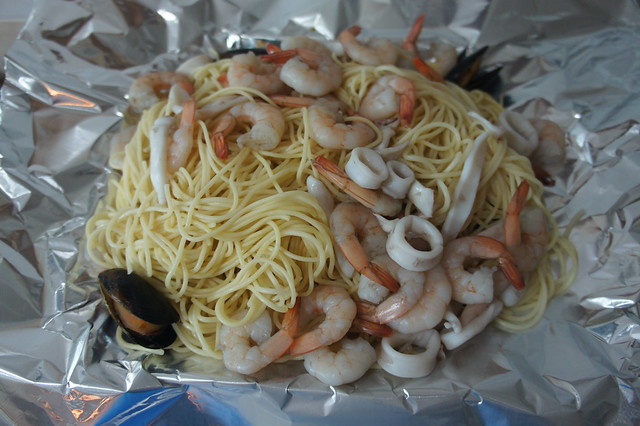 Put all your ingredients into a baking tray. Remember to pour your sauce as well as some of the liquid from boiling the seafood into the tray. Fold the foil to cover the entire tray. Bake for 25 mins at 220 deg C. 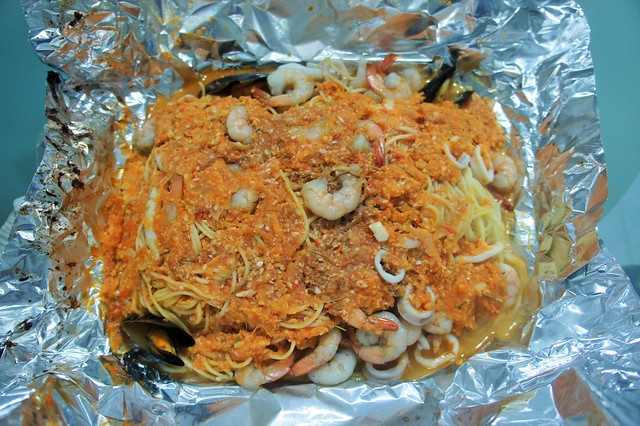 This is what it looks after after baking. The aroma from the garlic and port wine was mouth-watering. 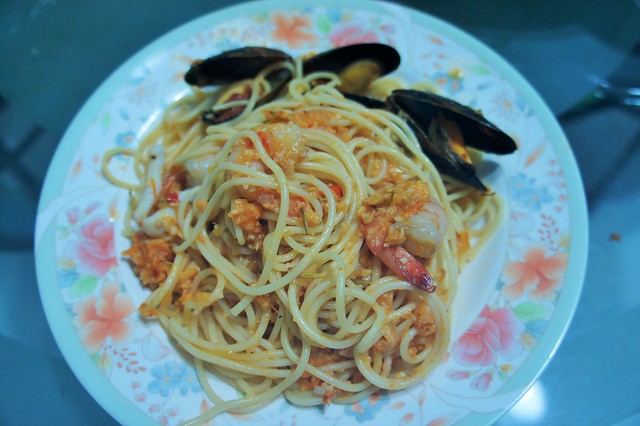 My kid says that it’s almost indistinguishable from what he had at the restaurant. He was probably just flattering. I thought it could do with a bit more tomatoes. Anyway, it’s my first attempt. Will definitely be doing more of this in future.