Every heard of Kristin Voorhees? As as child, young Kristin often endured severe abdominal pains, bloating and acid reflux. She also developed rashes and a swollen thyroid later in life. None of the doctors she saw could tell for sure what was wrong with her. Some said she had lactose intolerance. Some said she had irritable bowel syndrom (IBS). Her symptoms were barely tolerable with antibiotics and esomeprazole and her quality of life suffered as a result. When Kristin was at James Madison University, she was seeing seven different physicians. Then, in 2007, came a phonecall from one of the labs with her latest test results. They were pretty sure that she had celiac disease (CD).

Kristin is afflicted by a rare genetic disorder that makes her sensitive to gluten and related proteins. Consuming these proteins can trigger debilitating autoimmune reaction. What makes CD difficult to diagnose is the fact that the symptoms are highly variable. Some patients get rashes. Some are bloated after every meal. Some have acute abdominal pain. Some are confused. Some have joint pain. Some suffer from infertility and some exhibit various neurological disorders. The incidence of CD is believed to be around 1% of the general population.

After her diagnosis, Kristin Voorhees was asked to search for the list of gluten-containing foods on the internet and avoid them. She remembers feeling lost and helpless, but her symptoms disappeared almost miraculously after she started a gluten-free diet. Today, Kristin Voorhees runs an organisation called Beyond Celiac. Realising that there are many undiscovered CD sufferers out there, the organisation aims to unite with patients and partners to drive diagnosis, advance research and accelerate the discovery of new treatments and a cure. You can find their website here.

As our knowledge of CD expands, patients without CD but who exhibit symptoms like joint pain, fatigue, disorientation and numbness in the extremities after ingesting gluten-containing foods have also been identified. These patients are said to have non-celiac gluten sensitivity NCGS. For this group, avoiding gluten also produces “miraculous” results. 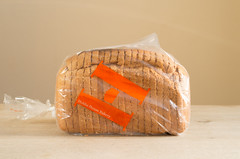 And this is only a partial list. Imagine how Kristin must have felt when she was asked to google for a list of foods to avoid. As more and more people were diagnosed with CD or NCGS, a new industry was born. Gluten-free versions of foods listed above hit the supermarket shelves. The number of Americans suffering from CD or NCGS is probably just a little over 3 million, but the “miraculous” results reported by a few individuals and sensationalised by the media resulted in a surge in interest in gluten. All of a sudden, people with symptoms similar to those of Kristin Voorhees started suspecting if they might have CD. And all it takes is a guru with fashionable theory to convince them that even without CD, they can benefit from a gluten-free diet. It is estimated that 80 million Americans without CD are fans of gluten-free products. That’s in spite of the fact that gluten-free products cost 242% more than their regular counterparts. The industry is currently worth US$7 billion.

To explain this curious trend, we need to take a look at two gluten crusaders who first launched the war against gluten. They are Dr William Davis (cardiologist) and Dr David Perlmutter (neurologist). The two doctors supported each other’s claims. They insisted that every time you eat bread or drink beer (nothing to do with the alcohol but the gluten) you are poisoning yourself. With impressive credentials, they threw around terms like leptin and gliadin in their books and lectures, drawing huge crowds of frightened Americans. 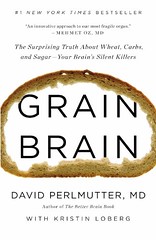 Interestingly, the two doctors are not running busy medical practices. Dr Perlmutter used to sell a nutritional supplement called Empowering Brain Formula. Yep, it was touted as a product that improves your brain function and it cost $73.95 a bottle. I believe it’s no longer available for if it works, people may stop buying Dr Perlmutter’s books or attending his lectures. Dr Davis is also not much of a clinician himself. He runs a membership wellness website with a monthly subscription of $9.95. The site sells fish oil and a home blood test kit. While these products are not very successful, Dr Davis’ book Wheat Belly became a New York Times bestseller within a month of publication in 2011. He refers to modern wheat as “Frankenwheat”. Reliable critics and his peers have pointed out the numerous flaws and false accusations in his book, but his concepts still attract a huge following.

Dr Perlmutter wrote the book Grain Brain, released September, 2013, promoting the concept that gluten causes neurological conditions (regardless of whether you have CD or NCGS), which became a bestseller. Likewise, his book received criticism from the medical profession. Both doctors who insist that the wheat consumed by our forefathers is far superior to the wheat we have today have been branded as sensationalists who egregiously misrepresent the high mortality, low life expectancy of past generations. However, nothing that they or their critics say can change the minds of their followers. Their books have become like bibles to them. The bottom line is, a gluten-free diet is not a healthier diet for people who don’t have CD. However, psychologists believe that a lot of the symptoms experienced by most people who see the need for a gluten-free diet are caused by “food anxiety”. The trouble with many gullible members of the public is that too many of them self-diagnose and start on a gluten-free diet that costs them a lot of money, adding significant cost to living.

To be fair, the two doctors could not have been such successful gurus without “pioneers” in the field. A bit of recent history. Gluten demonisation actually began in early 2000 when sufferers of chronic health problems thought that they had finally nailed it. It’s the gluten! Seeing how removal of gluten did wonders for CD patients, they assumed that it will work for them too. Ron Hoggan who was diagnosed with CD in 1994. His research led him to conclude that everyone with every health problem imaginable would benefit from a gluten-free diet. However, the gluten-free craze did not take off until an influencer entered the fray. Former Playboy playmate Jenny McCarthy had a son Evan who suffered from seizures. 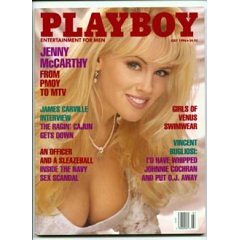 After consulting Dr Google, she concluded that her son’s condition was caused by gluten and casein, a milk protein. Jenny then launched a book titled Louder Than Words – a mother’s journey in healing autism (2007). Claiming that gluten is the cause for autism and removing it can heal autism is audacious, but that would be another story. The public went wild and diet gurus jumped on the opportunity, all pointing to the newly-minted villain – gluten. Celebrity endorsements (gleaned off dubious websites) turned out to be even more effective and convincing than the doctor’s recommendation. Following the success of Jenny’s book, Elisabeth Hasselback (Survivor series 2001-2002, Bachelor of Fine Arts) also wrote a gluten-censuring book entitled The G-Free Diet – a gluten-free survival guide in 2009. A massive wave of books and lectures carrying misinformation about CD and gluten sensitivity flooded the market and the public couldn’t get enough of them. Even qualified medical doctors like Davis and Perlmutter (in spite of their training) joined in the crucification of gluten and the promotion of the gluten-free industry. The benefits of a gluten-free diet went way beyond the prevention of CD symptoms. Gluten-free products were said to be good for losing weight as well. Oprah Winfrey, Victoria Beckham, Gwyneth Paltrow, Miley Cyrus all went on a gluten-free diet.

But the real and honest scientists answering to the false health claims of the gluten-free gurus have a problem. There was documented proof that the health of individuals who had gone on a gluten-free diet actually improved. How is this so? Well, a person who embarks on a gluten-free diet inadvertently ditches all the junk food out there. He/she may be forced to cook at home. This is what contributes to the improved health of the gluten dieters. If they had home-cooked regular gluten-containing food, their health would have also improved, but the gluten-free fans find this explanation unconvincing. They would rather believe that the government and the medical profession are ignorant. They are intrigued by conspiracy theories. It’s far cooler and trendier to align oneself with influencers, gurus, prophets and crusaders. As long as the folks out there continue to think this way, the world will not run out of business opportunities.